Features And New Updates of Laravel 9: A Complete Guide

Now it has the latest release and comes with convenient update features. However, the Laravel releases have been happening every six months, which results in a fair amount of questions and lots of Laravel’s new release process. Let’s see Laravel in detail.

Laravel is an open-source PHP framework web application framework, and it is famous for its elegant syntax. It is an MVC (model-view-controller) framework for building complex to simple web applications with the help of PHP programming language. Plus, it strictly follows the MVC architecture pattern.

The Release Date Of Laravel 9 And Reasons for Delay

Scheduled to be released by September 2021, the Laravel 9 release date was January 2022 (and later in February), making it the first long-term support with the release to be introduced following the 12-month release cycle.

Here are a few reasons for delays, which include but are limited to the following. However, before starting with the delays, you will feel the release delay is worth waiting for.

What are the Larval 9 New features?

Most importantly, Laravel 9 needs the latest PHP 8 and PHP unit 8 for testing. It is because laravel 9 uses the newest Symfon v6.0, which also needs PHP8.

PHP 8 has improvements, and features from the JIT compile to constructor property promotion. You can learn the new PHP version and how to update the latest PHP 8.

With the new feature of Laravel, the developers now can sit back and relax and enjoy the new interface that comes with the typing hint, static analysis, and refactoring.

This string is related to the PHP framework’s series of elements and characters. Moreover, this supports multiple ranges of data types, including strings.

However, alphanumeric elements are also allied in the string variables. After fulfilling all the conditions by developers, strings are generated. The developers can also make a viable and assign it to string characters.

The object-relational Mapper (ORM) used in Laravel is called Eloquent. Plus, it is the best feature of Laravel as it allows for seamless interactions with the data and database of choice.

With the Eloquent, Laravel abstracts away every hurdle, including writing complex SQL queries to access data from the database.

Reasons to Shift From Laravel 8 to 9 Version

Many software companies hire Laravel developers who can handle the Laravel process and other PHP frameworks. Here are a few features that help a developer build an excellent mobile app. Plus, these features are the attraction of moving from Laravel 8 to 9

Laravel 9.x has resettled from Flysystem 1.x to 2.x. The Flysystem enables all record manipulation strategies given by the capacity facade.

With this, there are a few changes needed in the application. In any case, the developer must attempt to create this move as consistent as conceivable.

One of the most significant changes in Laravel 9. x is the move from SwiftMailer, which is no longer used in the new updates.

However, Laravel still attempts to create this move as consistent as conceivable from the application. It will be ideal if developers review the list of changes below to ensure the application is completely consistent.

In the last release of Laravel, the strategy of custom cast classes was not included in case the cast attribute was being set to null, which became the reason for conflict with the Laravel documentation.

In the latest 9. x strategy set, the casting course will be invoked with the null as the given $value argument.

The HTTP client now sets a default 30 seconds timeout. In simple words, in case the server doesn’t respond in 30 seconds, then an exception will be tossed.

No default timeout length was already arranged on the HTTP client, causing the need to sometimes “hang” indefinitely. It’s the laravel’s new features that attract the developers.

In Laravel 9.x applications lang directory is located within the root project directory(lang). If the developers publish language files to this directory, then developers have to ensure that their package will publish to the app()->langPath() instead of a hard-coded path.

The passwords rule validates that the given input esteem matches the confirmed user’s current password and has been renamed to the current_password.

The unless methods, as you may know, when and unless different classes offer methods throughout the framework. These methods can conditionally act if the boolean values of the first arguments to the method evaluation are false or true.

Why Developers Use Laravel Framework In App Development

Trygve Reenskaug first envisioned the MVC design pattern in the 1970s at the Xerox Parc. The main purpose of the Model-View-Controller is to fill the gap between human users’ mental models and the digital model in the computer.

However, the main point is how does an MVC structure help in custom web application development from scratch. The model MVC architecture handles all the data logic.

And it displays the information from the model to users, and the controller controls the data flow into a model object and updates the view whenever data changes.

Laravel gives a powerful authorization and authentication process for your web projects. Thus, it ensures only genuine and actual Laravel development company access to their web software. Thus, developers get the benefits of unique configurations.

It helps the developers with ready-to-use mail templates. These templates are clean and simple, powered by the famous Symfony mailer component.

The mail function is needed for these tasks to register or notify the users. Plus, it gives more options for queuing emails. Templating systems of integrated mail services let the developers use the different templates and configure the view.

Artisan tool is basically a command-line tool provided by Laravel, but it is powerful Symfony console components drive it.

Artisan provinces have different commands, which help developers web apps easily. Laravel codes use this tool to build custom commands through its code structure generation, which is easy to build.

#5 It Allows The Developers Signed URLs:

It helps the full stack development company as Laravel allows developers to generate a signed URL for named routes.

Laravel provides helpers for building URL routing for the developer API response or application. Plus, URL helpers generate arbitrary URLs for developer applications. The used URL will automatically use the scheme (HTTP or HTTPS).

#6 It makes the Interactions with Database easier with Eloquent, an ORM:

ORM stands for the object-relational mapper, and Laravel provides an eloquent ORM better than others. It is the technique to convert data between type systems using object-oriented programming languages.

#7 Developers found it easier to retrieve strings in different languages:

Laravel offers a locale for multi-language support. Using this, the developers can use web applications in their preferred language.

Laravel’s localization features provide a convenient way to retrieve strings in different languages, like headers, labels, table contents, and alert messages that will translate into your preferred language.

#8 It has different built-in Security Functions:

If developers want to have robust application security, then Laravel is a well-known and the most recommended PHP framework.

Among the most serious security risks of Laravel, it is known for finding XSS bugs from the codebase of custom software development. Whereas XSS is (Cross-site Scripting)

Laravel uses CSRF (Cross-Site Request Forgery) to protect against XSS attacks. CSRF Laravel refers to an attack on a web application. Developers can check the code below to prevent attacks.

XSS is a type of security vulnerability that can be found in any web application. XSS attacks take place when an attacker uses a web application to send malicious code or some essential information from the backend and generally in the form of a browser-side script to a third party. 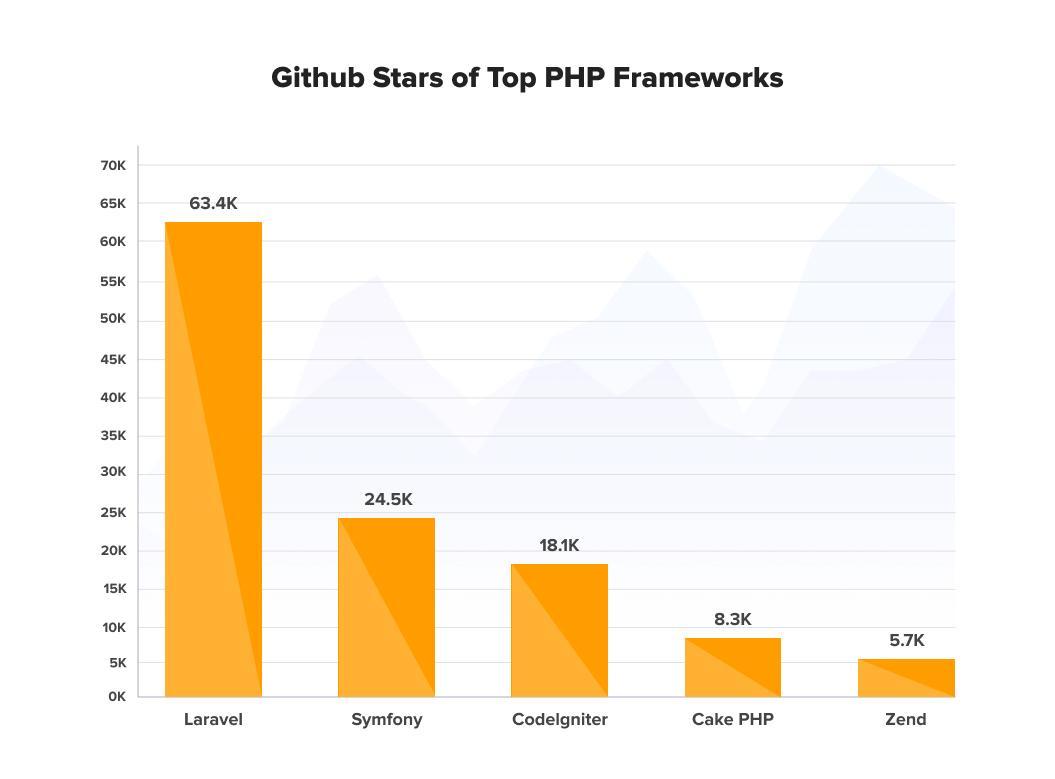 However, the average cost to hire a Laravel developer starts from $20 per hour. Therefore, if you decide to hire a developer from a country like India, hourly rates are low compared to other regions, and you can save a lot on development costs.

These are the Laravel 9 new features that might attract the developers to use it. It is an efficient framework in PHP. If any developer wants to use it, they would love to use it in their application.

If you want to build any mobile application with the help of the Laravel 9 framework. This article will help in gaining every little knowledge about this framework.

Moreover, if you want a company to do mobile app development for you. We are here to help you. We are DevTechnosys.