In May 2019 Google has released the latest and advanced version of the Angular web application framework as Angular 8.0. The revision has been made for AngularJS features especially with the open-source library. This update also includes the opt-in preview for IVY which is the latest view engine of Angular.

With the help of this preview, the developers or users will be granted access to switch between engine build and IVY within assignments to assess features.

If there is an issue associated with the dependencies for collecting information to modify stability then it is also detected.

A brief about Angular 8.0 IVY

In Angular, IVY is the latest compiler which is estimated to deliver a number of incredible features but at present, it is entirely focused to not break the existing applications. Angular 8.0 IVY was developed in order to address the issues related to the earlier renderer.

The former one has limitations with virtual DOM while IVY is a comparatively smaller, quicker, and simplified version of this. The earlier engine boasts the tree-scalability advantages and reduces the memory footprint of incremental DOM.

Angular 8.0 IVY is the improvement of actual performance on a number of memory-constrained platforms by reducing the memory allocation during rendering. During the rendering incremental build-up memory, allocation demands through locality or compiling the files one at a time.

It compresses the entire compilation process and also breaks a large sequence of stuff into smaller segments. Angular 8.0 IVY has a number of atomic functions and hence it is optimized for tree shaking as compared to the previous version.

At present, there are a number of web development services available for every platform. You just have to prepare for your brief and get started with the resources. If you also want to include yourself in the race then hire an AngularJS developer in your organization. 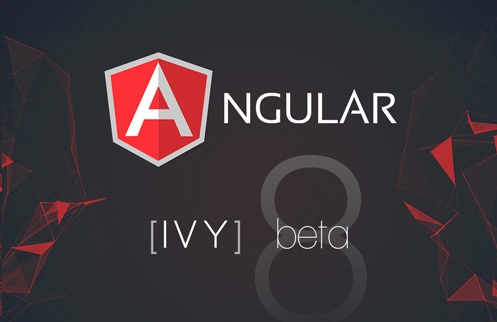 The popularity of Angular 8.0 IVY has encouraged the AngularJS development company to utilize its efficiencies. There are a number of advantages associated with it, let us have a look at them-

If you have carefully followed the above-mentioned points, you might have a general idea about the advantages of Angular 8.0 IVY. There is an authenticated reason for which it is recommended to the AngularJS development company to hire Angular JS developer.

Angular 8.0 IVY has the opt-in preview which enables the developers to make interact among applications and easily work with IVY. It successfully enables the switching between view engines and rendering pipelines. Ultimately, it improves the compatibility of the version along with its rollout balance. Through the IVY opt-in you can expect-

Read the blog- Which are the Fastest Frameworks for Web Development?

In order to achieve the increasing speed of the application, it is essential that web workers are proficient. The codes are usually written off the main thread and here Angular 8.0 IVY adds additional building support to the web workers. The general requests from developers are also addressed through it.

In the Angular 8.0 IVY, the updating of a number of applications has been simplified due to the enabling of backward compatibility. This is done by specifying the backward adaptability mode in Angular. Most of the platforms can easily move to Angular, it is done by allowing the slow downloading of its applications using $ route APIs.

4. The simplistic approach in coding

Angular 8.0 IVY is entirely designed to simplify the coding experience for the developer and to keep it genuine. The codes which are rendered here are easy to manage and to read. This eventually simplifies the processing speed faster, better and simpler

5. Updates with the dependencies

The dependency upon major tools specially RxJS, Typescript, Node, and many more are updated. It is also done to keep synchronization among the rest of the elements.

With the launch of this version, it was believed that Angular 8.0 IVY will become a next-generation rendering hierarchy for Angular. Its codes are written using incremental DOM. If you are not familiar with the term “incremental DOM” then let us have a brief.

Incremental DOM refers to the compilation of every single component along with the sequence of instructions that generates or creates the DOM tree. It also referred to the operation in case of any change in data.

Endnotes regarding the Angular 8.0 IVY

The medium of web development services is overdrawn with the available resources at present and hence it is safe to mark your bet upon it.

As it is the latest version of angular developers are not hesitating to opt for its working strategy. This fact has also accelerated AngularJS development services for all mediums.

Difference Between Native, Hybrid, Web Applications: Which is Best