ICC Cricket World Cup 2019 is just the most monumental tournament of the decade for which everyone was waiting for. There is absolutely no void for missing on a single match of this highly privileged series. To mention, there are 10 teams that are onboard with Australia being the champion.

If we shed some light on the location at which it is being played, clearly they are Wales and England. With our daily busy schedules, obviously, we cannot sit in front of the TV for the whole day long in order to watch the matches.

These apps can be downloaded for free, all you need is to just subscribe to the channel and there you can watch your matches in a swift and seamless way. 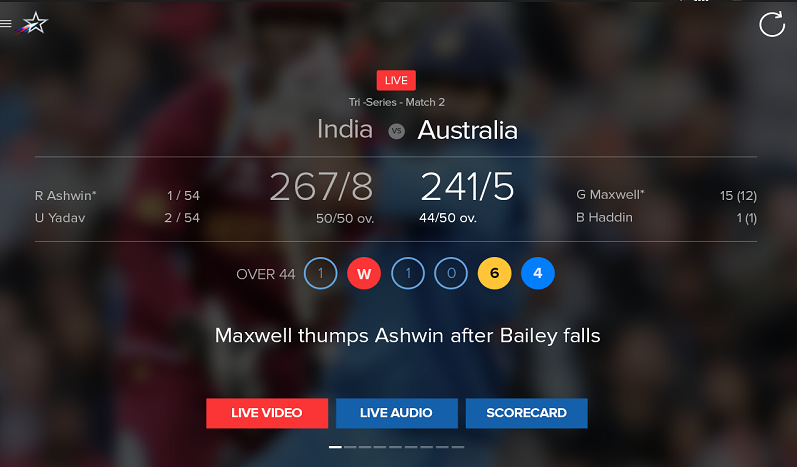 Live streaming and the concept of online sports betting apps

Well, live streaming is revolutionizing the entire technical industry that exists around.  With the features such as live notifications, setting leaderboards, etc going viral, the concept of Sports Betting App Development is sparkling at an impressive edge. With so many live streaming apps, people are getting more and more diverted towards the sports betting by forecasting the matches.

The Sports Betting Software Developers are indulged into developing the Fantasy sports app development solutions that are allowing the people to make the money out of it. Needless to say, the virtue of the fantasy sports mobile app development is growing exponentially and undeniably is a great source of making the revenue for the particular Mobile App Development Company in this ICC World Cup Cricket season.

Unravel the most stunning live streaming apps that will broadcast the ICC world cup tournament. Check out the live matches and well, other than cricket you can watch other sports matches as well. 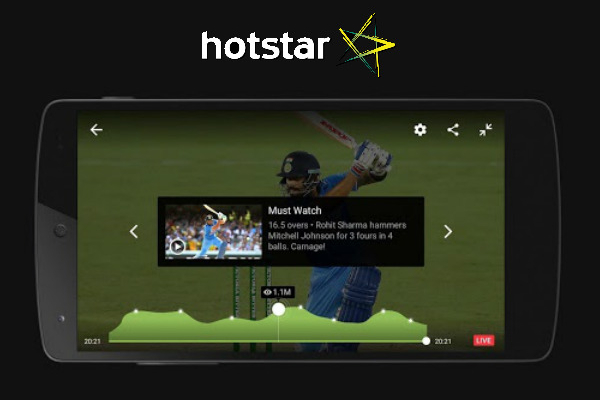 In case you belong from the country India, then, needless to say, cricket is something that can be described as the lifeline of many people.  In 2015, Novi Digital launched a live streaming app called Hotstar, and since then it has come all the long way and is now the most commonly widely downloaded app in India.

Since then, this impeccable mobile app has covered the entire virtue of India and is now giving a very stiff competition to Netflix. Currently, Hotstar equipped with around more than 300 million users and Netflix, on the other hand, is reserved with more than 100 million users.

ICC Cricket World is a total hit amongst the citizens of all age groups. All the points, highlights and the schedules for the matches are graphed so as to keep its users updated.  The Hotstar app allows its users to share the actions and the activities with your friend for making it all the way more interesting.

Are you Looking For On Demand App Development

Next, is the niche that is covered by the Hotstar:

Hotstar and its subscription plans:

The app can be downloaded for both Android and iOS 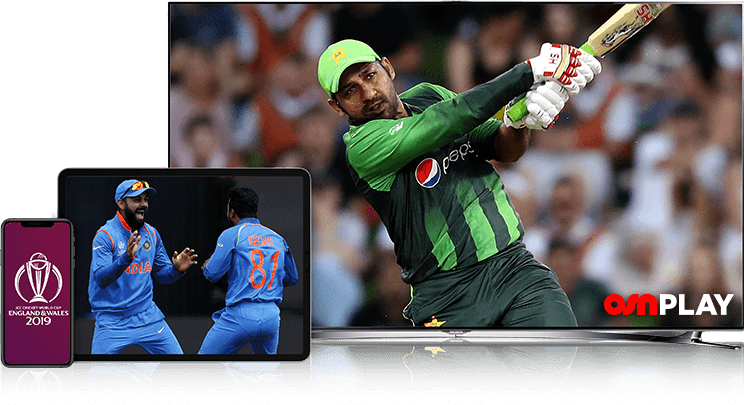 Are you looking forward to watching live cricket while sitting in Africa? Well, if yes, we have the OSN play app that serves both the Middle East and the North Africa regions.  OSN app is a perfect live streaming option for the match lovers.

In order to watch the ICC World Cup Matches, all you need is the high-speed internet connection that can support the bandwidth of around 2MB per second.  Other than streaming cricket, it also takes into account the major events that are taking place in the sports world. In case you are looking forward to something really huge and astonishing in the terms of live streaming, clearly, you can take a ride into more than 300 titles are loaded up in there in the OSN app related to the movies and TV serials.

After you have compiled your subscription over the OSN app, the users can register them at the moment they require. The app is compatible with all the existing devices ranging from tab to smartphones. For the Samsung based tablets, it works extremely fine and others for other higher versions such as S4, S5, etc, the quality and the display fundamentals can vary. 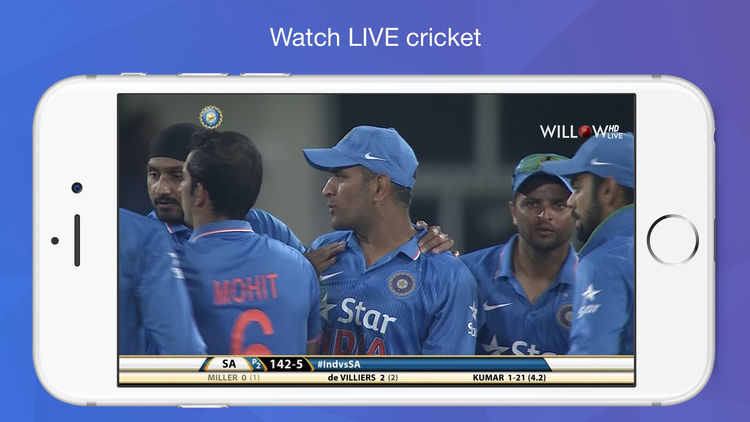 Willow TV is the perfect jackpot for cricket lovers. It has just covered almost everything right from the live matches to displaying the highlights. Furthermore, the apps well resonate with the Chromecast and steam the matches with the exponential quality. The users can check out the scorecards, commentary, etc to enjoy the matches at their best.

The app allows the users to set the reminders for the upcoming matches and the series. The users also share the live scores of the game with the friends in order to make the match viewing all the way more interesting. There are plentiful of fantasy app development solutions that form the inseparable part of Willow TV

The subscription charge for Willow TV is $14.99 per month.  In order to enjoy the live match streaming, all you need is to just pay the amount and you can continue watching.

SuperSport can be said as the key to happiness for the Sun-Saharan Africans. This live streaming mobile app allows users to watch live cricket in just the perfect way. Supersport can be described as one of the finest names when it comes to living match streaming. It is encapsulated with the plentiful features and showcases all the related details such as live scores, highlights, match schedules, ranking and much more.

SuperSport also allows the user to be in touch with the latest running news and delivers real-time push notifications as well so as to keep in your loop with all the sports that are being watched. The app is loaded with all the justifiable features which set the road, which you never miss a match. For instance, it reminds you of the next live match in advance, so that you can buckle up in the right way.

SuperSport is known for covering the below niches:

To enjoy the live ICC World Cup Matches, all you require is to be an active member of DStv Premium and thereby just implying your Connect User IDs, you are all set to go. 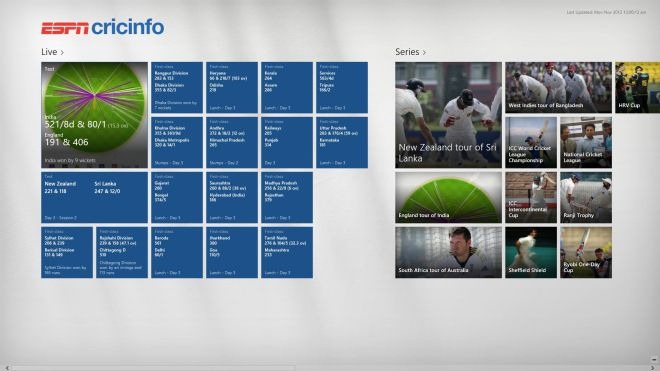 ESPN is one of the most popular live streaming mobile app. Being US-based, it serves as the major companion to the citizens residing in South and Central America. It allows its users to stream matches of their choices. Other than giving the free streaming options, it is inculcated with the plentiful of channels such as ESPN2, ESPNews, ESPN Deportes and many more.

The viewers can subscribe to any of the channels as per their wish and can add it to their favorites list in order to remain updated on the go as well.

Other than Cricket, ESPN is also known for streaming FIFA World Cup.

ESPN+ subscription: This app is truly meant for the true fans of the sports. It has very much to stream other than just Cricket, thus, download it for watching the matches that are attuned to Football, tennis well, the list is infinite. It charges the subscription fee of $4.pp for a month and $ 49.99 per annum.

ESPN is also known for streaming the live events, documentaries that are US based and other associated show. Being the ESPN subscriber, to get the access to its all the channels along with its live streaming radio.

ICC Cricket Live Streaming Apps as per the Geographic location

In the above post, the most prominent apps have been highlighted in order to make the viewing ecosystem all the way more interesting. The apps such as Hotstar, ESPN, OSN, and SuperSport are covering the nation such as India, America, Africa and some Sub-Saharan parts of Africa respectively. Needless to say, the apps are making their mark and eventually, you can download any of them to enjoy the match at the point you are residing.

All you need is to a hire mobile app developer and Sports Betting Software Developers to earn the capital out of the cricket by the fair means. With the aid of live streaming mobile apps that are mentioned above, the users can remain updated with the very detail of the cricket match and thus can bet with their friends by implying such sophisticated betting solutions. All you have to do is just dive into fantasy sports mobile app development ecosystem to set your business standards high this in this cricket fever.

Tarun Nagar is the Founder & CEO of Dev Technosys, a global ranking Web and Mobile App Development Company USA. With 10+ years of experience of enabling then Startups which are now global leaders with creative solutions, he is differentiated by out-of-the-box IT solutions throughout the domain. He is known for his visionary qualities and adaptability for technology and trends, passionate as he is in every aspect dedicated to making IT simple, accessible and approachable for business enterprises.
← Previous

Does Artificial Intelligence Will Have Impact Over the Future?