Python 3.7.4: Know about Changes and Fixes

Python is one of the most widely used programming languages which are famous for its less complexity, time-efficient and comparatively much easier code with so many versions to choose from. Since 2000, it has been one of the favorite programming languages among coders and is continuing to gain popularity and support to date. Python 3.7.4 is the latest version of Python developed by Python Development Company which is now available after a long development time since 2019 and it has many changes, fixes and new features to offer. 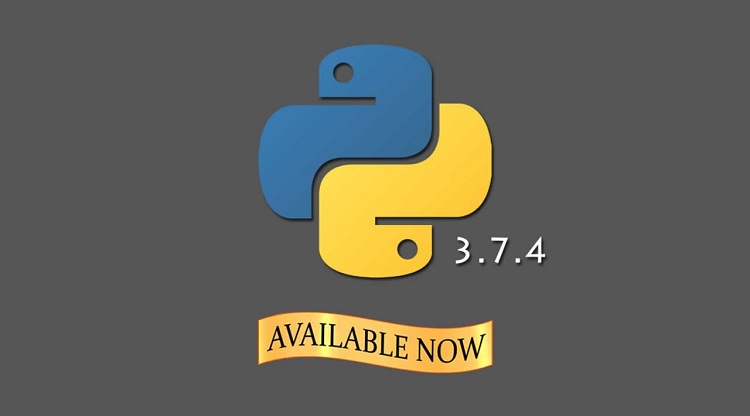 Breakpoint() built-in is a very special built-in added by Python designed especially for making debuggers more flexible and instinctive. A breakpoint is simply a signal which the user gets while writing the wrong code to stop temporarily to look and detect errors in the current state of the program. There are various other processes to do the same but breakpoint() built-in is much shorter, less complex and time-saving when compared to other manual processes. It is also much easier to remember than other processes. The breakpoint() function can be created manually and then used too.

The new data classes help in creating user’s own classes more conveniently and easily. This can happen because while using data classes special methods like . __init_ _. __repr__ etc are added automatically. Thus the chances of getting errors are very less as compared to a manual declaration of classes. It is implemented in the code using “@dataclass” decorator.

After writing code and creation of the program, data class behaves like a normal class and other features like using constructors and destructors, inheriting various variables from base classes, etc can be easily possible in the same conventional way. The main aim of using data class is to make the program less complex and complete the same with less usage of words and fewer lines of code which will eventually be less complex and time-efficient.

3. Module attributes can be customized

If you have Python Development Company, you would know “Attributes” are used in every sphere of Python. Not only classes, but attributes can also be used in functions and modules. Python 3.7.4 gives the advantages of module attributes that can be customized. This gives the user a simple structure for programming where various functions can be added easily and with lesser complexity.

Functions added are thus independent of the rest of the code and there is no need to keep a centralized list of which of the functions are available and which ones are not. In addition to this, it becomes more interesting to use all the available plugins present in the directory.

The latest version of Python gives higher timing precision with the addition of various new timing functions like time_ns( ), clock_gettime_ns( ) and many more. Although they do not provide any additional functionality as all these functionalities are already present in the lower versions of Python but all it does is reducing the amount of time and effort done during programming for custom website development. The only advantage of this feature is that using these functions increases precision by returning a number of nanoseconds as int data type rather than returning number of seconds as a float data type.

Typing hints have been added in the new version of Python which means predictive text can be used to write codes for Python mobile app development which lessens the chances of error in the program due to spelling mistakes or case sensitive issues. Also, it saves a lot of time of the programmer while writing longer lines of code. This has made Python’s typing system quite stable and favorable.

Python 3.7.4 brings many additional advantages like improvement in performance, good core support and forward references. But Python does not give any typing hints during run time and most type hints need the typing module without which the whole feature will not work.

Annotation is also added in this version which has proved extremely useful to the users but annotation dictionary is never updated, so it is needed to evaluate every time it is used. It requires attention but is very advantageous when considered from the user point of view.

Python 3.7.4 version is incredibly fast as compared to other programming languages and even its own previous versions for fullstack development company. This version of Python is comparatively stable and can provide more precision and accuracy in a lesser amount of time. It is notably known to take less amount of time to compile and execute code.

Also Read: Which are the Fastest Frameworks for Web Development?

For the better python mobile app development, two new keywords, “async” and “await” have been inserted in Python’s version 3.7.4 to avoid issues related to backward compatibility. It comes with its own advantage that both the keywords are still possible to define as a variable or as functions as they are not yet listed in reserved keywords.

Context variables are defined as those variables which can change their values according to the place they are placed and used. It has the ability to change values as per the context. There may be many context variables in one execution thread which increases its usability and advantage during writing lines of code. This feature is useful for custom website development.

This version of Python has also thrown light on developers by providing those tricks for better programming for full-stack Development Company. In addition to the breakpoint() built-in which is newly added, several new X-command line options have also been added to the Python interpreter. -X dev can be used to activate the “development mode” which helps to add certain debug features in the regular coding screen providing additional functionality to the developer.

There are several other features that have been changed and fixed to make this version a better, faster, more accurate and popular one. Custom Website Development Company keeps adopting the newer updates of Python for the better user as well as developer experience.

Know About The Role of AI in Web Development

Artificial intelligence has an almost $150 billion market and is gaining exposure worldwide. With huge Space War fiction in Sci-fi movies...

How Much Does It Cost To Hire Android App Developer?

There is no certain answer to this question. This can be somewhere very low and somewhere very high depending upon the experience of the developer and...

Do you want to recreate the magic of YouTube? Undoubtedly the answer is yes! But are you planning to invest in a video streaming app like YouTube...