What Is The Difference Between A Mobile App And A Web App?

Adamancy is the identity of technology, the IT world keeps on with innovations every second day and the one survived and proven over the industry platforms leaves no stone unturned in pulling other industries into its periphery.

Once the local stores and local businesses have been the only definition of businesses in the world. The businesses working collaboratively with the offshore customers and business partners were also running at a snail pace, because of the lack of mediums and the cost of transportations.

The internet changed that definition of business and completely transformed the way business communications used to take place earlier.

The last two decades have been the decades of incessant race and gave enough chances for startups to grow and make a wider market than ever before. Traditional businesses have now shifted to internet media and online stores.

The market downfall at far west directly affects the dependent market in the far east. Enabling the competitions, small businesses instantly shifted to the online web applications and then joined mobile for better identity and enhanced reach.

Today, it is the necessary deal to have the functional web and mobile application development for the businesses and therefore there is also the confusion in the mind of non-technical business owners.

Here, in the next 5 minutes, we will help you in getting a clear understanding of the difference between the mobile app and web apps.

What is a mobile App?

Mobile apps or mobile applications are the software tailor-made to run on mobile devices. the devices make use of an operating system for completing the underlying functions.

The perfectly built and compatible apps make the mobile/smartphones and tablets the powerhouse with powerful functioning. Many apps come with the manufacturer courtesy, whereas few apps are made compatible with device-specific app stores.

The apps are made to fulfill the specific purpose of utility, communication, entertainment, sport, fitness, and daily chores. The scope of app functionality is super wide and unfathomable.

Almost everything is now possible with the app functionalities. Taking a step ahead, social media has also taken the communication forward and now the businesses are using these platforms to make the extra efforts.

Facebook is a famous platform with its billions of users spread worldwide. The mobile application development is cleverly done to run the purpose more efficiently.

How are mobile apps built?

Mobile apps are developed for particular platforms. The two major platforms Android and iOS are leading the market and most of the app development is done for these two platforms.

Another market sharer is blackberry, and windows, which has decimated in comparison but now Microsoft is springing up with the great innovation Blazor in apps.

Once the app is developed it is quality tested to be uploaded for PlayStore and App Store. Both are libraries of the mobile app, where users can find and download the app.

Alternating the load of uploading the app in PlayStore and app store, the Progressive web app development is now becoming popular and Google is also promoting the high use of PWA.

Also, the companies are noting the hike in their sales after switching PWA, due to the easiness of development and handle and website and app at the same time. There are two approaches for making a mobile app

The mobile app development companies make the apps to run over the specific platform. These platforms are the operating system, such as Apple’s iOS and Google’s Android.

For cross platform app development functionality, the businesses emphasize the making version of the applications. Currently, there are two major operating systems used widely Android with its biggest market share in developing economies and Apple with a secured platform for more sophisticated customers.

The recent updates by Google have emphasized the mobile-first policy. It does mean that the websites and web apps built to be seamlessly functional o mobiles are given the preference.

This is due to mobile culture. Earlier, the websites and the software used to be made for laptops and desktops, but later the high likes of mobile outstripped the use of desktop devices and also the need for desktop apps first.

The recent app trends and the stats telling the high use of language are also spelling the need for a mobile-first approach, which is further accentuated by cross platform app development.

According to data, around 258.2 billion apps are forecasted to be downloaded in the year 2022. This inspired the developers further to have the mobile-first approach.

The mobile versions are now the default for any app and the similar waves of trends are flowing in web design. The responsive web designs enable the adjustment of mobile apps to wider screens.

Below are a few facts supporting the popularity of mobile apps:

What is a Web App?

The web application also known as innovative websites for the business purpose is the applications that are stored on the server and used to deliver to the client or customer through a browser interface.

Most of the web app development makes use of different Web services and also free website contains the web services. Website is a generic term for all the pages over the internet which are served through browser interface whereas the web apps are the website component that performs some sort of functions for the user. 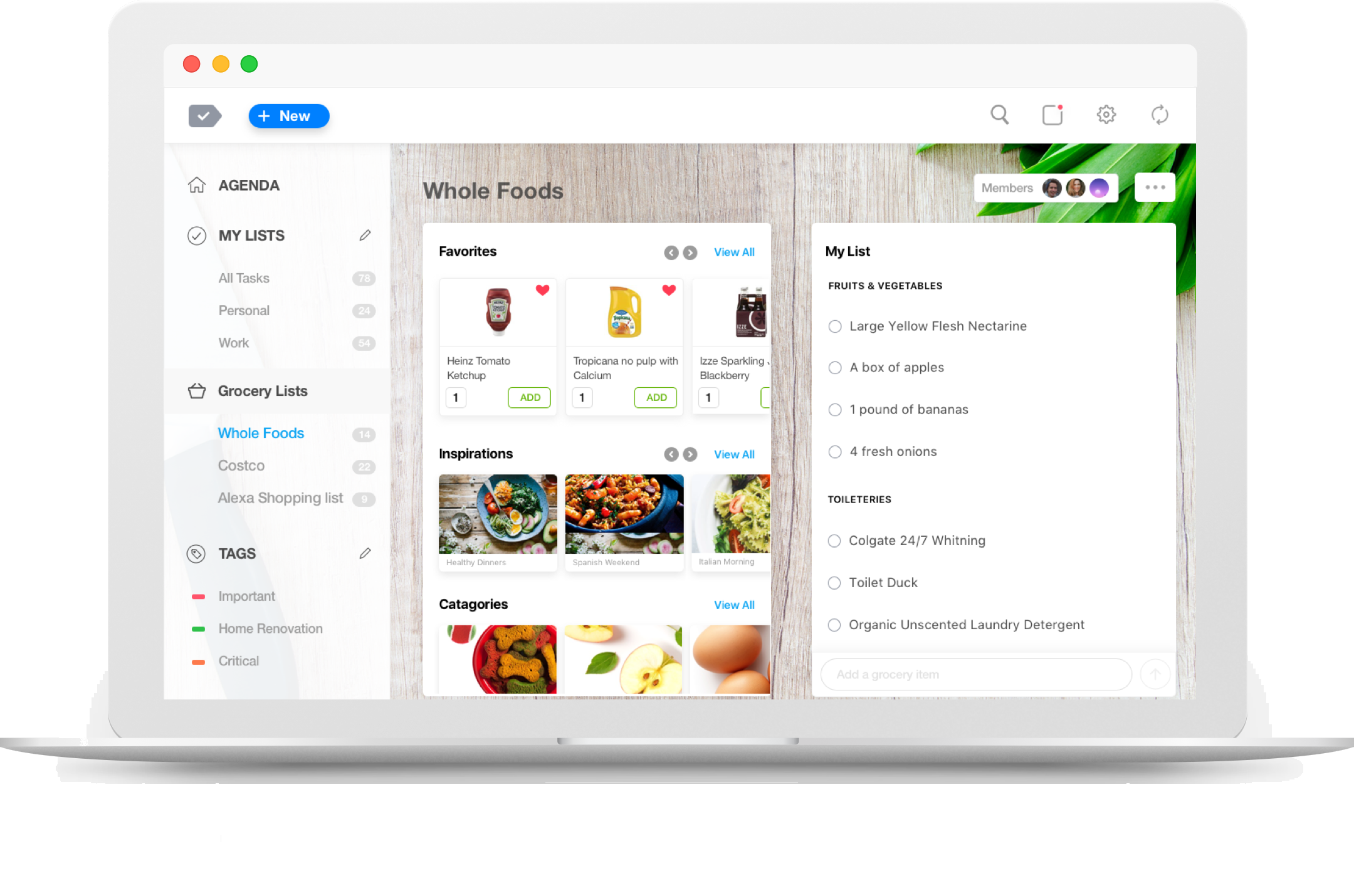 Websites and web applications both can be used and designed for a variety of purposes and most commonly used by organizations and individuals for business marketing and promotional benefits.

They are a wide variety of web applications where webmail online calculators and e-commerce Integration services are common. Some applications can only be used through web browsers while few applications work regardless of the browser interface. For such applications, the software is installed over the computer and then the data can be fetched or pushed on to the server.

How does web application development work?

Generally, web applications are stored over the network and not to be downloaded over the system. An individual user can access the web application through the web browser such as Mozilla, Firefox, Safari or Chrome. Web apps need the server to operate, application server and database initiate the data transaction and complete the tasks.

How web apps are developed?

Any application which interacts through browser interface makes use of HTML markup language. For making the website functional and let it qualify to be a web app it is connected to the database and the backend coding which is done in any high-level programming language such a java c++ or python. The web app developer needs to have a better understanding of the front end and backend coding for powerful applications.

The web app development cycle depends on the complexity of the application, but generally, the web applications are built in a shorter time. Most of the webs are written using JavaScript HTML5 and CSS.

What are the benefits of web app development?

Web applications have many different uses, and with those uses, comes many potential benefits. Some common benefits of Web apps include:

Having multiple versions of shuffling spreadsheets and the piles of files are time-consuming and require high human efforts. The customer relationship is also not that strong without websites.

The website offers integration with multiple sources of data and helps in gaining a holistic overview of the business. The capable web app helps in streamlining the business process and achieve a greater level of accuracy while updating with the real-time requirement.

The web-based business service stays available for 24/7 and therefore increases the access to the customers. Also, web apps influence the flexibility of customer service in a positive manner.

The higher level of Security

With the web app development, the business is more secure and the inside communication of the company also rises to high security. The customer management systems are more effective and the data security is more powerful than other systems.

Google is also today more concerned about the security and preferring the HTTPS version of the website over the unsecured for ranking. Also, the newer trend PWA requires the website to use an SSL certificate.

Web apps are more customizable and functionally active. Comparing to off the shelf software, web apps are considered easy to manage. The software’s are riskier to upgrade and scale, whereas the web apps are easy to scale as per the business size.

Unlike desktop software, web apps are not needed to be installed. These apps can be accessed by the browser and can be upgraded without introducing users to the underlying code changes.

Mobile apps vs. web apps: The pros and cons

Why Mobile Apps Are Different From Regular Apps

Mobile devices are today not limited to a certain size, rather available in different screen sizes such as a tablet, iPhone and android phone which too differs in size variants.

Also, the memory capacities, Graphical user interfaces, touch functions, and developer’s ease affects the development. Unlike desktop, mobile users do not require the scrolling functionality sideways. An additional consideration is the touch interface for mobile devices.

How To Build An Online Payment App Like PayPal?