Mobile applications, software, and web applications have a huge role to play when it comes to them. However, the main reason for such advancement, the cloud has been a big reason for industries to adapt to it. the custom development with the cloud has managed to change the overall process.

Begin and rise from the start of storage

In earlier times, the data was stored in the form of hard copies only. However, it was a hectic task since everything was manually written. With the involvement in technology, companies came up with servers or on-premises infrastructure.

It stayed for a longer period of time. The main disadvantage of this system was that it was time-consuming and takes up a large amount of space on a physical level.

This made custom software development companies move towards a better solution presented in the form of cloud computing.

They started to transfer their data online which allows them to access it anytime irrespective of location. Nevertheless, companies keep on trying to come up with a better and more secure form. In 2013, Google introduced Kubernetes, and then it all started with it.

This container-based platform becomes one of the major open-source projects for companies to work upon. It helps in the scalability, deployment, and management of the runtime of the application. In addition to this, a sudden decrease was witnessed in variables that are used between production and testing systems.

This response made companies adapt to it or work on Cloud-native to achieve a higher standard to work upon.  Hence, it results in an increase of cloud-native applications that boost performance and reduce the stress level of the development team.

The majority of people already know about the advancement of the Cloud but there are a few that have no idea about this latest trend. In simple words, Cloud Native is used to run an existing application with the help of a simple sign-in process.

It works on the designing, deployment, implementation, and operation of a project. The mobile development solutions are also adding this modification to their source to help the education sector to have a wide impact. 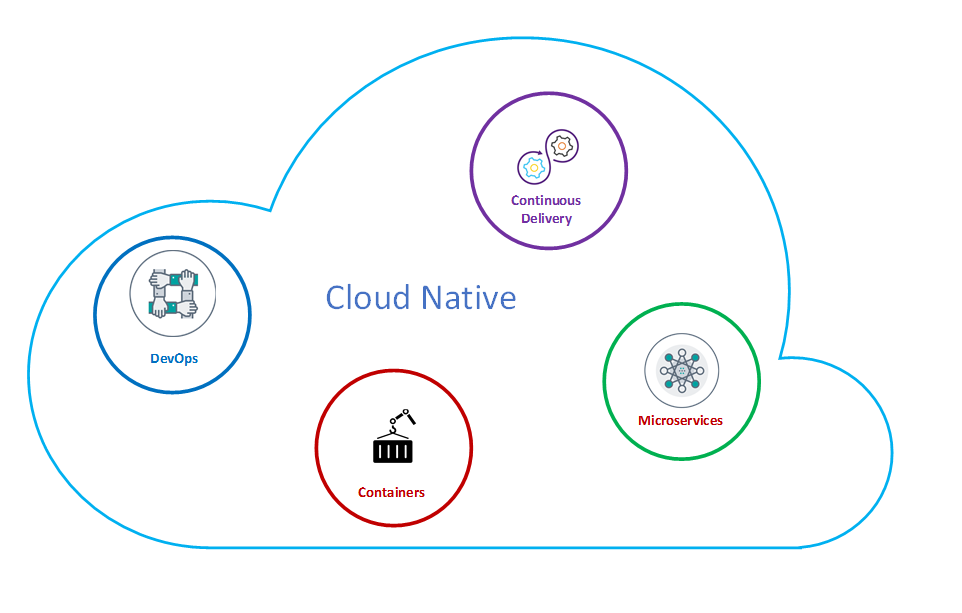 There are different elements on which it works:

One of the most essential parts of technology is to build an efficient deployment workflow while using replication of the application method.

Due to this, a code repository is used that allows one to update a code easily. In addition to this, it makes cloning of applications easier in order to configure or recreate an environment. This also works on a code for production with an individual workstation. Hence, user compliance continuous delivery is ensured.

The topmost IT company Oracle is not far behind the use of continuous delivery and came up with Fin – an open-source project that works on function as a service.

The continuous deployment now has a set pace for other IT industries and educational app development companies. Even other platforms depend upon Jenkins to work on software development automation of non-human parts. It works amazingly well for continuous integration that ends up with continuous delivery.

It works with the help of configuration files, libraries, and binaries that accelerate the integration and deployment model. As the word suggests, containers are used to wrap up applications and libraries by putting up together as a single set.

However, its continuity is obtained with the help of an integration placed on the set. When it comes to containerized application, the custom software development company depend upon Docker. The overall container contains mainly two processes:

Software Development Lifecycle has been critical with orchestration when it comes to triggering, smoothening, and even advancing the application configuration and provisioning.

The DevOps process is integrated with the help of continuous deployment, load balancers, databases, and web servers. The mobile development solutions work on this to get a proper modification of different aspects.

The cloud-oriented services that are famous for the term microservices are used to work on cloud operations. They work on an application in a close association that makes it easy to make changes.

The educational app developers can simply change one service without affecting other services or changing the overall code. Hence, it makes the process better than traditional services that are used without automation.

These are the four pillars of cloud-native that have enhanced its working rate in the industry. In addition to this, there is no need to understand clouding infrastructure to run the code.

The benefit of these for the educational app developers

This helps a company to have a wider approach such as

The custom software development industry is still young and is going to take a whole new turn with the ever-growing market rate.

It helps in acquiring a whole new setup with modifications as this blog will help you to hire mobile app developer. Even in the years to come by, custom development is going to leave a huge mark in the education sector while growing.