There was a time when the respective programming language restricted the use of Objective-c only for the use of iOS development services. But now with the infusion of Scade, Swift for Android App Development has been boosted with a wide range of functionalities and attributes which allows being also used for the needs of Android app development companies. Yes, the respective features will exclusively remove the restrictions and help Swift to be used for Android application development.

The upgrades of new features and functionalities in Swift have brought in new techniques and methods with which one can have an amazing experience of Android application development. If you are still unaware of this advancement, we will help you with it. Here in this article, we will discuss how Scade has made it possible for developers to use Swift for their needs of Android app development services. 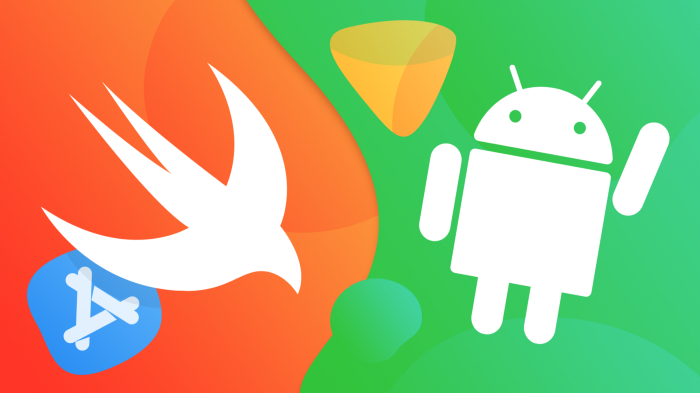 At first, we will understand how Swift becomes so effective and beneficial for cross-platform application development needs. Understanding this will help you know how it has become easier for the developers to use this for their needs of android app development services.

When it comes to Swift with the infusion of Scade SDK, it has exclusively helped mobile application Development companies with a number of options. Yes, these options can help the respective developers big when it comes to application development services. It will make the task a lot easier for them to have their cross-platform application requirements covered in the quickest possible time. Below mentioned are the beneficial options you will be getting with the help of the newly advanced Swift for Android App Development, take a look:

Which one to Choose: Native or Hybrid or Web Applications

With the help of SDK, the iOS application developers will also be benefited from complete access to IDE which is Eclipse-based in the likes of Visual UI and Wizard designer. Not only have this but the Scade simulators infused with the technology of Swift Foundation frameworks have also been initiated with the respective project in the most efficient manner.

With this, the mobile application developers will also be benefited from the option to make use of native controls for the specific mobile platforms which help to avail native feel and look. These controls will help you get a complete hold of visual attributes which plays a big role in the use of the camera, map, web, and more. This respective feature can be accessed with ease with the help of a simple and unified Swift API.

With the help of newly upgraded SWIFT, it has made it very easy for mobile app developers to get their application developed with the support of all the platforms with all set of attributes that can bring in the maximum benefits. Take a look at the platforms for which you will get the support:

Apart from this, the mobile application development process will also be getting the benefit of Auto layout support on the Android platform that makes the entire procedure easy for the development of UIs. Not only this, but it also helps in bringing the opportunity to infuse third-party frameworks in the form of C libraries, CryptoSwift, SQLite, and more.

This update of Swift allowing the developers to have their applications developed for Android platforms helps marketers something new and unique to explore. Not only this, but it also allows iOS mobile app developers to scroll into the Android world and that also without having to consider React Native and Flutter Framework.

With this announcement of a big update of using Swift for Android App Development, it has been also acknowledged that even OpenJDK is getting an update that will exclusively allow users to get their application developed for iOS and Java platforms.

This shows how Apple and Google both are working hard to get into the world of their rival operating system. Yes, both platforms are striving hard to enter the field of cross-platform development and avail the best options for their application needs. This will make it easy for companies around the world to hire app developers who can help their applications that perfectly support cross-platform development. But, overall the advancement of Swift has literally been very beneficial and mobile app developers are making the most out of it.